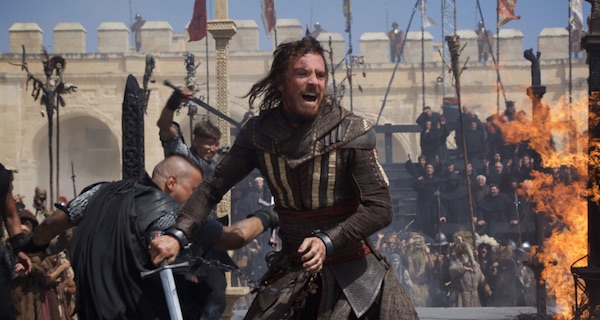 So the history of movies based off of video games is not good. At all. Matter of fact, I can't really think of one good one. There are some we tolerate or are guilty pleasures but there aren't any really good ones. Assassin's Creed might be different. This movie is being made by Ubisoft's own movie studio branch. Much like how Marvel took control of their own properties and made the movies starring the Avengers, Ubisoft Motion Pictures could start a revolution with movies based off of video games.  Judging from this trailer, it looks to be on the right path. This seems to capture the essence of the Assassin's Creed game as well as the look and feel. We already know that Michael Fassbender will put in a great performance and I love that there's also a female Assassin in this as well. Well done Ubisoft, you have my attention. The only downside I see so far? It opens a week after Rogue One.  Good luck with that.