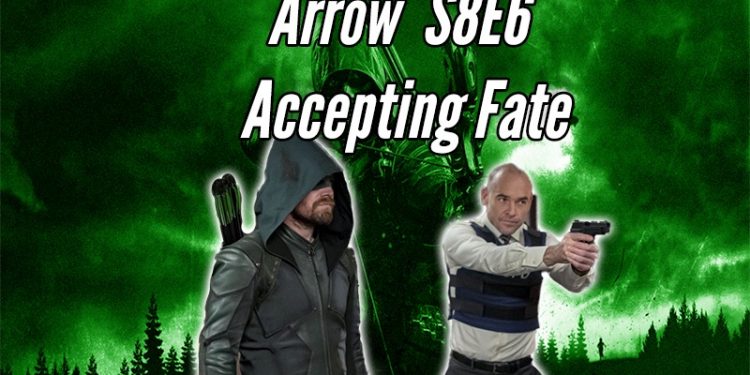 We really could have reviewed Flash and Arrow this week as one big episode as they both work so well together. On the Flash we see Barry give into the temptations of Bloodwork because of the doubt he has about giving up his life. On Arrow, we get the opposite with Oliver finally giving in and accepting that he can't change his fate. And of course for Oliver to learn that lesson we get him reunited with Quentin. Stephen Amell and Paul Blackthorne always have great chemistry and this episode is no different.

Add to that we get Laurel getting to finally say goodbye to Quentin and tell him how much she loves him. The fact that that was her reward for not betraying Oliver when Lyla asked her to also shows how everything so far has been the plan of The Monitor. The question is how long has Lyla been working with The Monitor ('A while' really isn't an answer).

With us going back to Lian Yu, that just leaves one person we haven't seen Oliver reunited with (One Slade Wilson...come on Arrow...do it).