Arrow S8E3 Review – All Part of the Plan 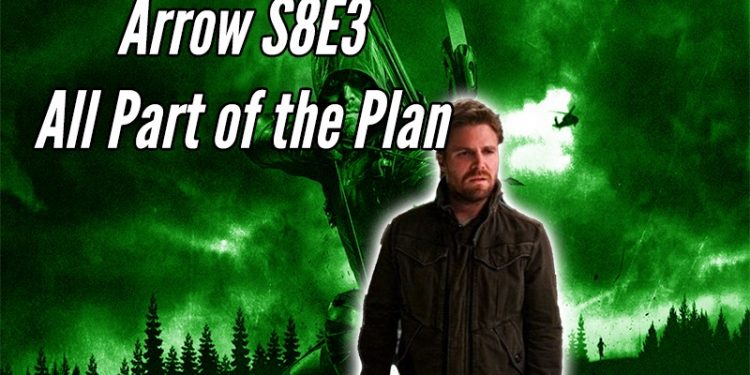 Arrow continues its march to the series end with a trip around to some of the most important places with some of the most important people with Leap of Faith. This episode Oliver is back at Nanda Parbat and meets up with Thea and Talia to gain more information on The Monitor. In the future, Connor, Mia, Zoe & William try to take down and stop JJ and it ends up with fatal results. That is until they get transported to the past and end up in the bunker...with Oliver. This all leads to an important question: Was this all part of a plan of Mar Novu/The Monitor? He's a cosmic being and while Oliver's whole reason for going to Nanda Parbat was to dig up information on him, wouldn't Mar Novu know this? So far, every episode, he's being sending Oliver to different places to gather different things for him. In this episode, where he doesn't show up, it's easy to think this was a break from that. But a closer look we see that by the end of this episode, three things of significance happen:

In the end, this all seems like manipulations by Novu and that Oliver, while thinking he was doing something of his own free will, was actually unwittingly doing his bidding. And...it also continues the smoke screen of making his dealings seem shady when they're all part of a larger plan.