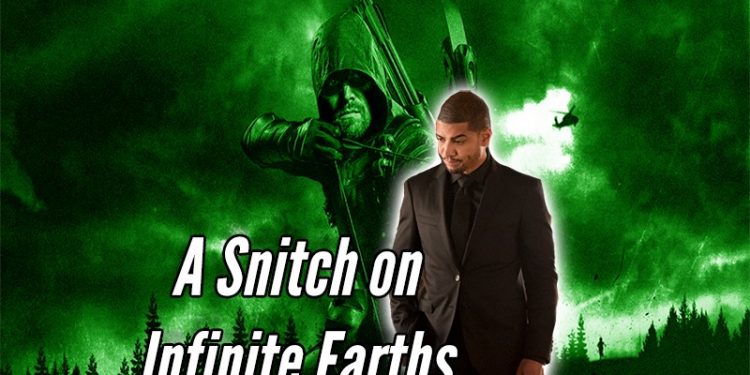 With all the great things that happened in Arrow S8E1 Starling City, it says something to me that one of the most satisfying things was watching Oliver put a knee to the face of Earth-2 Rene. Look, Rene is STILL a snitch and deserves beatdowns from Ollie any time there's an opportunity. Sorry not sorry.

Anyway, the final season of Arrow takes us all the way back to the beginning....sorta. We have more information on what Oliver is doing for The Monitor to prepare for the upcoming Crisis. We also get to witness first hand an Earth being erased. As we said on The Flash review, Crisis is inevitable. 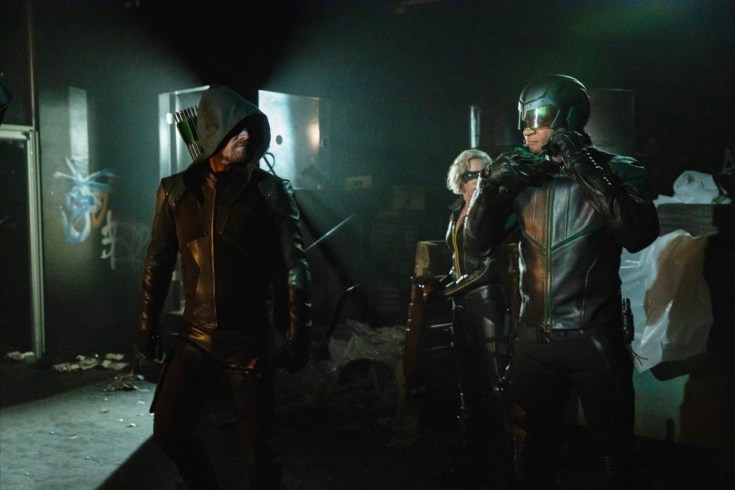 Please get Diggle a Power Ring and stop making him strap on this ridiculous helmet
Photo Credit: CW

Some things that stood out this episode: