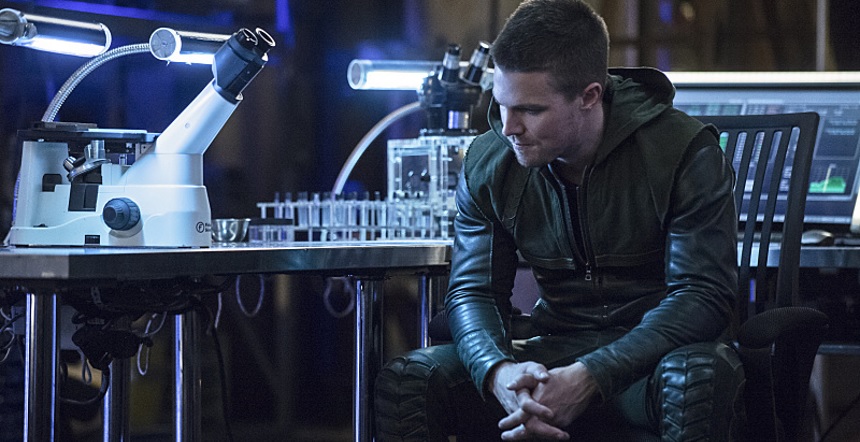 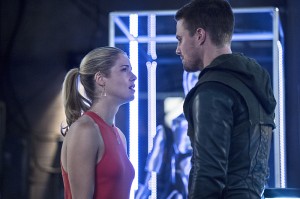 So here’s the problem I have with this episode:  It feels like Deja Vu.  The death of Sara has Oliver going back to his old ways.  He’s emotional, he’s shutting people out, he’s yelling at people who have his best interests at heart, etc.  I couldn’t help but feel like this episode was a step backwards for the character.  Now here’s why I’m not panicking:  I know this was done on purpose. Each season of Arrow  has had a theme.  Season One was about Oliver seeing past his quest for revenge.  Season Two was about him becoming a hero.  I think Season Three is going to be about Oliver finally learning how to balance being the hero that is Green Arrow AND Oliver Queen.  It  came up in the season premiere, it was part of what Sara was saying to Oliver and it came up again several times this episode.  Sure, it did feel like I was seeing Oliver revert back to his old self, but I also noticed some small changes in the way he was handling things as well.  Before Oliver used to shut everyone out because he was trying to hide his emotions.  In this episode, it’s clear he’s trying to stay strong because everyone looks to him to be a leader.  He even says so to Felicity when he says that he doesn’t have the luxury of falling apart.  I believe this is the nail in the coffin of the “Olicity” pairing folks have been clamoring for since Season One and I think that’s for the best.  Look, I know some folks think Oliver and Felicity make a good pair and while Emily Rickards looks amazing (particularly in tight fitting dresses), it’s not a good match for the show.  Felicity is nice and innocent and still a bit naive.  The reason Sara worked well with Oliver is because she lived the life he did.  Sure, Felicity is part of the team but she’s the tech.  She doesn’t really live a dual life like Oliver has to.I’m sure the feelings Oliver has for Felicity are real but in the end, it’s just not meant to be.  The scenes between Oliver and Felicity were great.  Same with Diggle and Oliver.  I loved that Diggle knew what he needed to say to Oliver and when Diggle said that he's sticking around longer Oliver didn't fight him on it, he just said thanks.  Another sign to me that maybe Oliver isn't completely reverting back.  Oh and Ray Palmer is creepy as all hell.  I can't tell if he wants Felicity just because of her skill set or if he's really interested in her romantically.  Either way it's creepy.  Yet he still had a pretty good moment where he dropped his pursuit of her and just told her he's there if she needs him.  Felicity taking up his offer at the end is good for everyone to be honest. 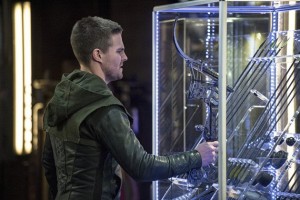 Look, Laurel’s going to become the new Black Canary so you might as well start getting used to it now.  She’s showing flashes of being the Laurel I’ve always known she could be.  Sara was her sister and she’s not going to sit on the sidelines while Oliver does all the work. She wants vengeance herself.  She took  few pages out of the “Jack Bauer Interrogation Techniques” manual when she talked to the guy in the hospital.  Then when he got shot in the chest with an arrow she showed zero fear going to the window to see Komodo.  Then there’s the whole trying to empty a clip into Komodo after he was neutralized.  Yeah…this is happening.  I think she’s going to take what Oliver said to heart though.  He told her that Sara was trained by the best killers on the planet and she’s dead, so what does Laurel think she can do.  Those words are going to motivate Laurel to go get training from someone.  I also like the way they handled Sara being dead.  Basically NO ONE can know.  Laurel can't tell her dad because his heart literally can't take it.  Laurel had to get her sister's body all the way back to Oliver's hideout without anyone seeing it because it couldn't come out that her sister was a vigilante.  The only thing that has me confused is whether anyone else knew Sara was even alive. This was one of the things I never really got from Season Two.  I thought it was known that Sara was alive but then that wouldn't make a lot of sense.  It would also explain the grave and the tombstone.  I think they put her body in the grave that the Lance's had when they thought she died all those years ago.  But it still doesn't explain if it was public knowledge that Sara was still alive.  She was walking around going on dates with Oliver in public so I thought it was known but maybe it wasn't.  It's not really a big deal now. It will be interesting seeing how much longer they can go without Captain Lance finding out.  And when he does....will it be the death of him? 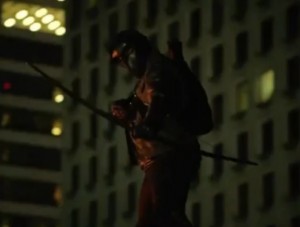 I’m both glad and a bit disappointed that they used Komodo as a red herring.  I’m disappointed because he seemed a bit underused.  The good news is he isn’t dead so we’ll more than likely be seeing him again. However, I’m kinda glad he wasn’t Sara’s killer because it now opens up so many more possibilities.  Was it Thea (longshot)? Nysaa?  Ra’s Al Ghul himself?  I don’t know who it is but i definitely like the fact that this might be a bigger mystery than we thought. I did like the action scenes in this episode.  Sure, the bike scene with Arrow & Komodo might have been a bit cheesy but I liked it.  But I really liked the fight at the end at Queen Consolidated.  We need more Roy though.  He’s got this cool costume and he’s clearly got some great training over the last 5 months, I want to see more of him.  Two parts stand out to me: 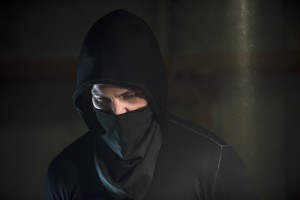 I should probably start remembering to write about the Hong Kong flashbacks.  I don’t really know what more needs to be said about them other than “Amanda Waller is a bitch”.  I know I know, I shouldn’t write that in a review but what am I supposed to call the woman who wanted Oliver to KILL HIS BEST FRIEND.  His best friend who happened to come to Hong Kong because he believed Oliver was still alive.  I remember how much I didn’t like Tommy at first when this show started and then about halfway through Season One, I started to like him and then by the end of the season I was devastated when they killed him off.  Knowing that he flew all the way to Hong Kong just to see if he could find Oliver makes me miss him even more.

I liked this episode even though I know it has some flaws.  But that’s typically how Arrow goes.  It starts off a bit slow and with things you’re not sure how they’re going  but then it finishes very very strong after the mid-season finale.  I know business is about to pick up with Oliver going after Thea. Seem alike Malcolm Merlyn’s been putting these last 5 months with Thea to good use.  And I’m glad.  Thea is another character that I know has potential but just needed the right push to have some purpose.  I think the characters of Thea & Laurel will be the most improved this season and I look forward to it.