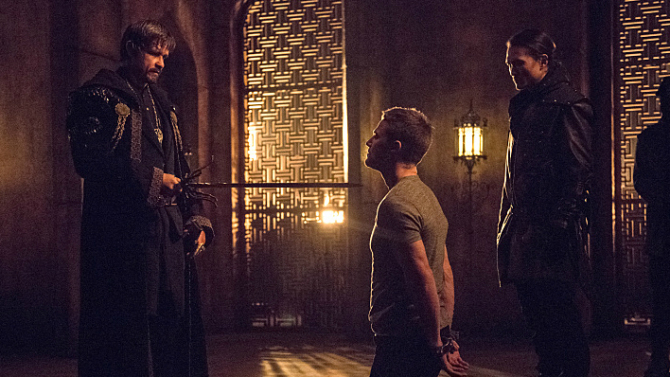 One of the things I was afraid of from the episode of Arrow before this one (Nanda Parbat) was that the offer Ra’s Al Ghul made wouldn't present a real dilemma for Oliver. Oliver’s made a lot of strides to not be a killer and being offered the position of leader of the League of Assassins just didn’t seem like a real choice Oliver would ever consider. As the audience, we already know he won’t accept it. He can’t. However, I still wanted Oliver to have an internal struggle over it. Thankfully this episode really shows why becoming the new Ra’s Al Ghul would be an enticement for Oliver. 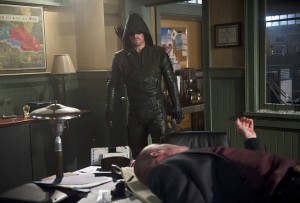 I really do understand why people might not be feeling this season as much as the one before it or as much as some other shows. Unlike previous seasons, this season doesn’t have an imminent threat. Season One had Malcolm Merlyn and the Undertaking.  Season Two had Deathstroke attacking the city.  This season is different. It seems more disjointed with no real ongoing threat. So I really do understand why people aren’t feeling it. But to me, I’m loving it because this season is focused on a lot of character building and growth. By the end of this season I expect things to be very different. Members of Oliver’s team that have stood by him no matter how hypocritical he’s been are starting to openly question him. Oliver’s lies are starting to come back to bite him and he’s even starting to question his ability to keep his dual identities. This is how the writers made Ra’s offer something that Oliver would geniunely consider. Becoming Ra’s offers him unquestioning loyalty from those he commands, something he doesn’t actually have right now. The ability to no longer have to maintain separate identities. Unlimited resources. And the biggest thing Ra’s can offer him? A chance to actually make a difference. A few times in this episode, Oliver asks what has he really accomplished and it’s actually a tough question to answer. I think Felicity gave the best answer when she told Oliver that when he was gone they all had to ask why they joined in on his fight against crime in the city and now it was his turn to ask himself that very question. If you've been paying attention this struggle is something the entire team has been trying to answer for themselves and come to terms with all season. Oliver has seen loved ones and friends die, the woman he loves run to another man, his company lost, his sister damaged and he hasn't put a stop to crime (if anything he's escalated the types of criminals). Ra's offer actually gives him a chance to make a difference (or at least give the appearance that he is).

I love the fact that they gave us the Lazarus Pit. Maybe it’s not green and to the level of the comic books but still, they could have easily stuck with the title of Ra’s Al Ghul being passed down from generation to generation and left the pit out completely.  I'm glad they're starting to embrace the magical and mystic side of this universe they're creating. I'm also looking forward to Ra's trying to force Oliver's hand.  As Maseo told Oliver, Ra's doesn't ask he commands. Oliver thinks he has an option to decline Ra's but it's never that simple. 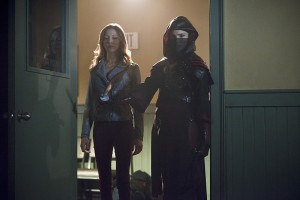 Nothing done on this show is by accident. So I’m very aware that Nyssa, Laurel and Thea are all suffering from issues with their father right now. I see these three teaming up at some point. Nyssa needs a purpose. One of the few times Malcolm Merlyn has been absolutely right is when he told Nyssa her father would never name her as his heir. So when she confronts her father and he basically admits what Merlyn said to her, she’s obviously upset. I think Nyssa would be a great mentor for both Laurel and Thea. All three have been lied to and manipulated by their fathers. Yes, even Captain Lance. While I understand exactly where he’s coming from with not being able to forgive Laurel for lying to him, he’s also ignoring all she’s had to deal with and that her ultimate goal was to protect him. All the times she had to put up with his alcoholism and outbursts and he really can’t even begin to see why she did what she did. And honestly, to me it seems to be more about male ego than anything else. Oliver & Captain Lance have both treated Laurel (and Thea) like they’re helpless damsels in distress that need protecting. But if either Laurel or Thea tries to do something to protect either Oliver or  Lance, they’re chastised for it. Nyssa can offer Laurel and Thea something more. Perfect example, beginning of this episode Oliver angrily telling Laurel she needs more training yet we haven’t seen him actually training her. End of the episode, Nyssa tells Laurel she needs more work but does it after giving her a compliment and then offers to help train her. Oliver only trained with Thea because of the imminent threat they were facing and the fact that she already got 6 months of training from Malcolm. Captain Lance on the other hand is acting like if he would have told Laurel if he found out about Sara’s death first. He wouldn’t have. He would have been worried about Laurel slipping back into popping pills. Lance didn’t even notice when Laurel turned a bit self destructive at the beginning of this season. 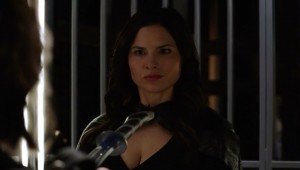 I really think Nyssa, Laurel & Thea would make a really good Birds of Prey team. Add in Felicity as “Oracle” it’s perfect.  One thing that seems to be happening on purpose is the empowering of the women of this show. Thea, Laurel & Felicity have all grown from the characters they used to be. Thea's struggling right now with finding her identity but soon she's going to realize that she doesn't need Oliver or Malcolm in order to protect herself.  Laurel might be raw in the field she's battled her own demons and is focused on the path she's on. Then there's Felicity, whose come a long way from just being the tech support girl who drools over Oliver as he works in the Arrow Cave.  She's still a member of the team but she has her own life. There were a couple of times this episode when Felicity wasn’t around because she was helping Ray so Oliver had to use other resources. Having Roy use his connections from when he was on the street is a good way to expand Roy’s usefulness. 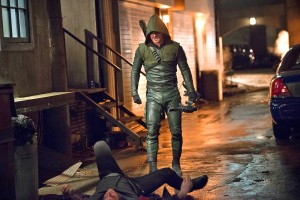 I really enjoyed this episode. While it’s definitely a “slower” season, I think we’re witnessing some really important shifts in characters. This season is really building up the weaker characters so they can be used in better ways. Nyssa training Laurel has the potential of turning Laurel into the Black Canary we all know. It also helps separate her from needing to rely on Oliver. The same is being done for all the other characters on this show. By the end of this season I think we’re going to finally get Oliver moving towards being the Green Arrow instead of Batman-lite and I think it’s a necessary transformation for this show. With Ra’s killing criminals dressed as the Arrow, Ra’s is trying to make his story a reality. He’s going to turn the city against Oliver and it’s going to be interesting seeing how Oliver deals with this new development. This was a great return from the break for Arrow. Oh and for the record, I'm betting on that not being Shado but maybe a twin sister or something. If Shado was still alive, Oliver would have used that fact to slow down Slade's rage last season.