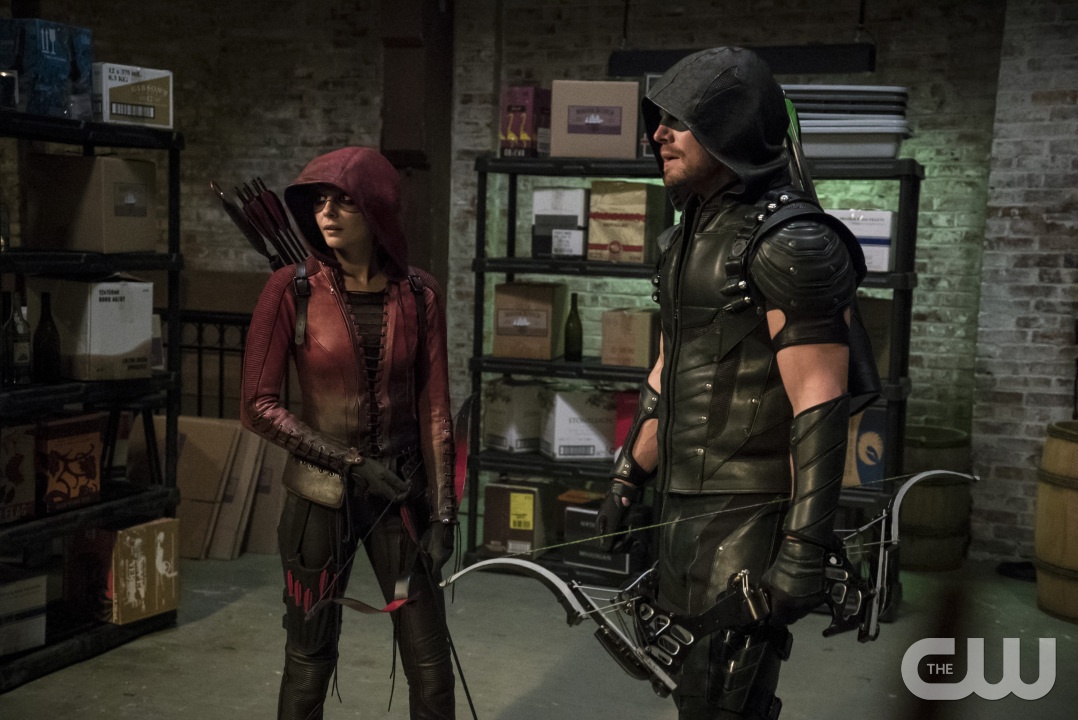 I didn’t want to do this but I have to combine the reviews for Episode 1 and Episode 2 of Season 4 of Arrow. I had every intention of writing the review of episode 1 while i was in NYCC but I was sick and we actually got really busy. And its a shame, I have a lot to say about episode 1 and now i have to combine it with my review of episode 2. So I’m just going to pull out some bullet points:

I love the tone that episode 1 set for this season. Oliver finally calling himself the Green Arrow and making that broadcast is a good thing. I know last season left a lot of people on the fence, but this episode reinforced my feelings that Season 3 was about transitioning Oliver into the Green Arrow hero we want him to be. 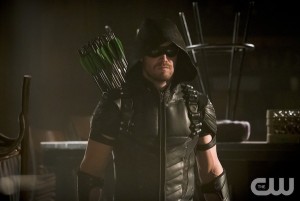 Episode 2 of this season of Arrow keeps the pace of episode 1. I think this season of Arrow is already improving on Season 3 by keeping the pace and action high. Last season after the death of Sara, things tended to get a little slow as Oliver and the team were trying to come to terms. This season, while there are still things the team is coming to terms with, they’re still working as a team. I’m also loving this push for Oliver to finally become the hero Starling City needs. Last episode it was him taking on the name ‘Green Arrow’ with a much brighter costume and this episode it ended with him deciding he would run for Mayor. This is a much needed transition for Oliver. With Felicity running Palmer Technology, Oliver is back in the money (I love that throwaway line about that) and it’s time for him to get out of the shadows. Ever since season 1, Oliver’s been running from his birthright and has been trying to save the city by only being a vigilante. That was never going to be enough. Once again we’re seeing Arrow take from Batman lore. I’m re-reading Batman Volumes 4 & 5 right now and one of the things Scott Snyder does in those volumes is show how Bruce Wayne has to come to terms with dealing with saving Gotham on two fronts.

An interesting dynamic that is happening this season is how many of the characters are keeping secrets and lying to Oliver. There’s Diggle not telling Oliver about the connection between H.I.V.E. and his brother’s death. Laurel flat out lying to Oliver about taking Thea to Nanda Parbat along with Sara’s body. All these lies though are a result of Oliver’s lies in other seasons. The team learned it from him. I do think they were a bit heavy handed with Laurel taking Sara’s body but I think that’s because we already knew what was coming. It’s one of the things that sucked about the Legends of Tomorrow trailer.  We know that Sara comes back. We know that John Constantine will be making an appearance on the show and it’s tied to that. It’s one of the downsides of the media coverage of these shows. I think this plot line would have had more impact if we already didn’t know the result. The one thing that is still up in the air is what changes will occur to Sara.

Have to be honest, Thea’s kicking ass this season. Thea and Laurel are my two favorite character progressions on this show. They’ve both come so far from what they were in season 1, I’m happy to see what they’ve become. I’m hoping this trip with Laurel will help fix whatever is wrong with Thea and she can continue to be a kick-ass heroine but without the murdering rage. 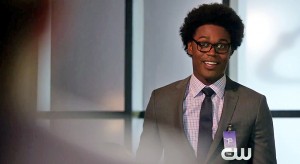 So far so good with this season of Arrow. I’m giving both of these episodes a strong B+. If there is one concern of mine is how they handle this alliance between Darhk and Lance. How long before Darhk realizes Lance is helping the Green Arrow or at least knows who they are? I do like the extra dynamic they added to Darhk this episode with him not liking that the daughter was kidnapped. Shows that he has some kind of code although we’re not really sure what it is (since he did threatened Lance with going after Laurel). Oh and if there is another (small) issue I have its that they only used Jeri Ryan for one episode. Come on man…Seven of Nine deserves more than one episode. Oh and before I forget, kudos to Arrow for adding another LGBT character to the show and doing it seamlessly. Curtis talking about his husband was thrown in there and Felicity didn't even blink an eye. I love how Arrow and Flash (and Agents of Shield) have added in LGBT characters and not made it a big deal. If only Gotham knew how to be subtle and inoffensive with theirs.