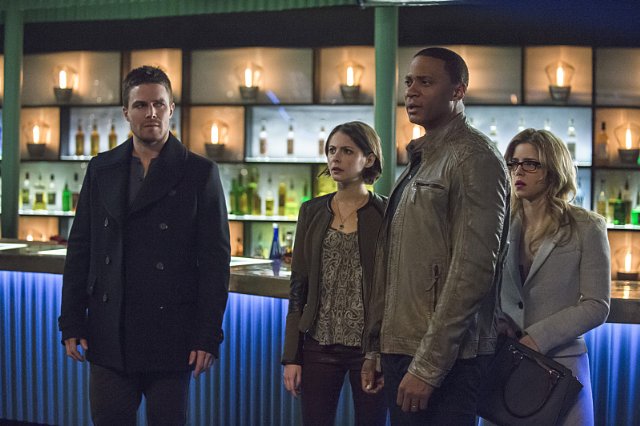 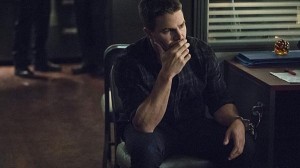 Arrow really knows how to close out a season. They start of having you feel like they’re going all over the place but by the time they get into their final run of 6-7 episodes, they start bringing everything together.  I will be honest, they really got me this episode. For 3/4 of the episode I was preparing myself for Roy’s death. It felt like the inevitable.  Last season the show was given some criticism about how it underdeveloped Roy and took so long getting Oliver to bring him on as a side kick. This season they’ve utilized him much better. Oliver’s depended on Roy so much not only was he sending Roy/Arsenal out on patrols by himself but Roy stepped up when Oliver went to face Ra’s. But they’ve also been laying the foundation for his death by reminding us that he still feels a lot of guilt behind the death of the officer he killed.  So his conversations with Thea and Captain Lance about belonging in prison and paying for his crimes really felt like he was accepting his fate and that death was around the corner. And then he got stabbed. It felt so real. Oliver was completely broken and Felicity and Diggle showed no signs of deception. And then Roy walked around the corner. I had a combination of shock and joy. I really like Roy as a character because of how far he’s come and I wasn’t prepared to never see him again. But this is a perfect way for Roy to be reborn. Ever since Oliver took him in, Roy has become more than his criminal past. In a way, this episode was the death of Roy Harper. He now has a clean slate to be the hero that he’s grown to be. I will miss him as a regular on the show but I know we’ll see him again (either on Arrow, The Flash or the spinoff). Felicity gave him an untraceable satellite phone so we know there will still be contact. I feel like this was the best send off they could give Roy at this point (and it opens the door for Thea to become Oliver’s sidekick). Also, now Captain Lance has to back off of Oliver. He's already been warned and with Roy "dead", there's no reason for him to continue. We know that he will though. Another positive is, this is the end of using the club as the main lair for Team Arrow. We know Oliver has a backup location and it's time for that to come back into play. 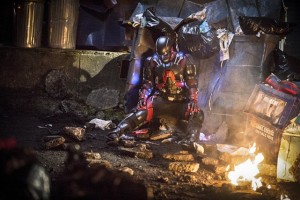 The other great thing about this episode was how it focused on Oliver having to depend on others. This season has been about developing the characters around Oliver to be more than just “the help”. Oliver has spent the last 2 - 3 years in Starling City trying to do everything himself while minimizing his reliance on others. Truth be told, it hasn’t worked. Felicity, Diggle, Roy, Thea & Laurel have all had their share of trouble and pain with Oliver trying to protect them. The definition of insanity is doing the same thing over and over while expecting a different result. It’s past time for Oliver to start depending on other people and his team knows that. I love that Roy, Diggle and Felicity put this plan in place without Oliver’s knowledge. Oliver needed this. He has to learn to trust his team. He’s not Batman, he can’t do it all himself and again, we’re seeing them start to separate him from that. Forcing him to rely on Ray to take out the metahuman was another one of those things that put Oliver in a position he wasn’t comfortable with. I think it was also good for Ray. As much as Oliver needs to rely on others, he’s still the veteran hero in this universe. His words of advice to Ray were similar to those he gave Barry. Ray needs to believe in himself and not just his tech if he wants to be a hero. Ray’s inclusion and scenes still feel more forced than organic but knowing that he’ll probably be getting his own show, I’m okay with that. It does make me realize why they decide not to introduce Barry as the Flash in last season and just decided to stick to going straight to the pilot.

Thea’s not dead. I didn’t need to see the promos to know that Ra’s is forcing Oliver’s hand here. Oliver will beg Ra’s to let Thea use the Lazarus Pit and in exchange he’ll take over as the Demon’s Head. I know Thea isn’t dead because to me it’s clear with Roy gone now, Oliver’s finally gonna get his “Speedy” sidekick.

So the particle accelerator didn’t create all the metahumans huh? Interesting. I mean it makes sense and opens up the next season of Arrow and The Flash (and the spin-off) to so much. I’m also wondering when the lid gets blown off the mini-metahuman prison STAR Labs is keeping. Can’t wait to see where they go with that. Oh and Ray…that’s still not your girl. 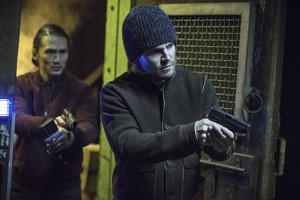 Also for the first time in a while the Flashbacks are starting to come together for me. So Amanda Waller wasn't the one behind attacking Oliver and them? This explains why Oliver was okay with working with Waller for a bit in the present. Things are starting to make sense. And if they fail to stop General Shrieve, this would explain why Oliver is so hesitant now to let people help him. The flashbacks always end up explaining why Oliver has such a bleak and cold outlook on things. He had it rough those 5 years. The crazy part is, we know things don't end up well and he ends up back on the island for at least 2 more years.

Another solid episode of Arrow. I feel for the people who can’t watch Daredevil and Arrow and enjoy both. It really must suck to live that life. I loved what they did in this episode with Roy and the development we’re seeing with Oliver and his team. I think this season will finish very strong and set up for a kick-ass season 4.