Amsterdam Under Uses Its Cast 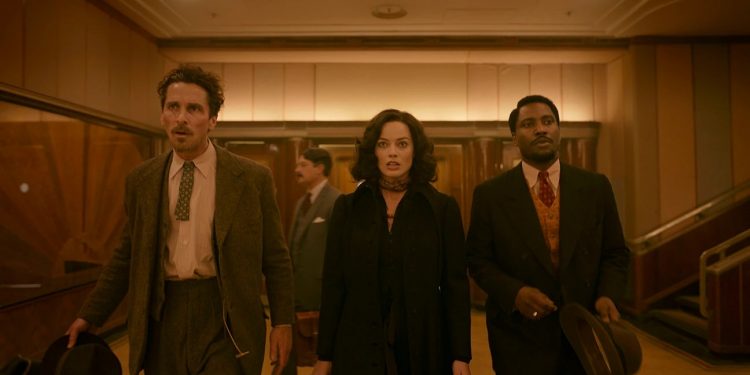 Synopsis: In the 1930s, three friends witness a murder, are framed for it, and uncover one of the most outrageous plots in American history.

Amsterdam is another one of those movies that commits the mortal sin of underutilizing a great cast. Just about every name on this cast is some one that in some cases would be top or close to top billing. Unfortunately David O Russell's script doesn't do them justice. In a lot of instances, the cast actually saves this movie. Robbie is known for knocking her roles out of the park and this movie is no different. Christian Bale once again commits fully to his part. John David Washington is the odd man out here as he just doesn't have the chemistry needed to match what Bale and Robbie are bringing but it's still serviceable. Part of the problem outside of his chemistry is that Washington's character doesn't get the proper background and context through Russell's script. This is definitely one of those times where if you're gonna jump into some of the subject matter that Amsterdam does, you need to make sure you have the write people writing the script. Russell could have used a Black screen writer to address some of the racial topics in this film. A woman writer wouldn't have hurt as well but Margot Robbie has the start power (along with Anya Taylor-Joy) that I'm convinced they did a little editing and writing for their characters.