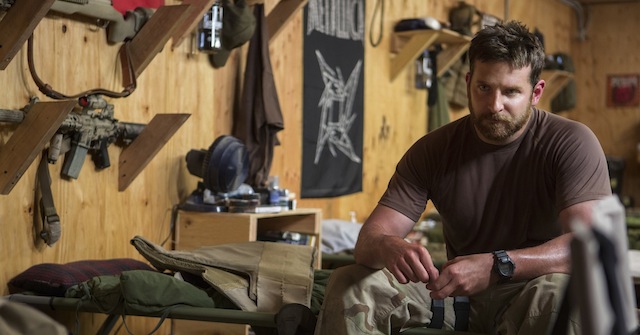 This actually looks really good.  I think the thing that stands out the most about it is that it seems like its going to be focusing not just on the action of war but also the mental toll it takes on soldiers in war, particularly a sniper.  I actually really like Bradley Cooper and I'm actually really interested in seeing him play this role.  Cooper usually is pretty great in movies even if the movie itself isn't that great.  I want to see how he pulls the role off.  From the trailer, it looks like he puts in a great performance.

[quote]Navy SEAL sniper Chris Kyle's pinpoint accuracy saves countless lives on the battlefield and turns him into a legend. Back home to his wife and kids after four tours of duty, however, Chris finds that it is the war he can't leave behind.[/quote]