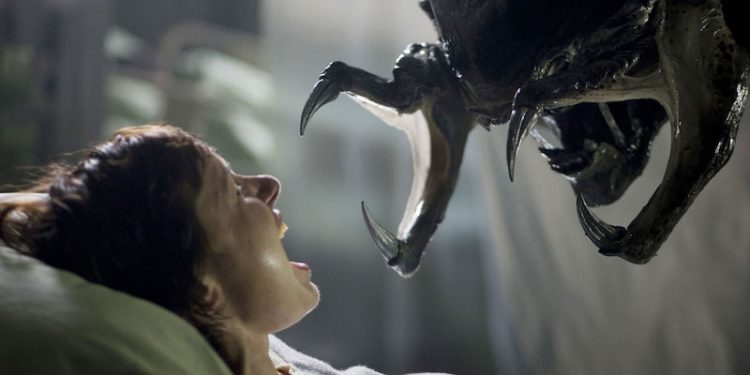 We did it. We completed our series on all of the Alien and Predator movies and that included…Alien vs Predator: Requiem. This movie is terrible. There’s no way around it. Colin and Greg Strause also made that horrible film Skyline. So it shouldn’t be a shock that AvP Requiem is so bad. First off, the film looks like it was shot in the dark and no one had access to any form of lighting. Maybe it’s a good thing though. The film might be even worse if we were able to see all the bad decisions that were made in this film. Bad decisions like having a Predator-Alien hybrid that impregnated pregnant women to give birth to litters of xenomorphs.

Like I said…this film is horrible. Listen to our full review/discussion/support group.
This is MTR Premium Network content. If you are already a subscriber please log in to view/download episode. If you aren't currently a subscriber, you can sign up here.