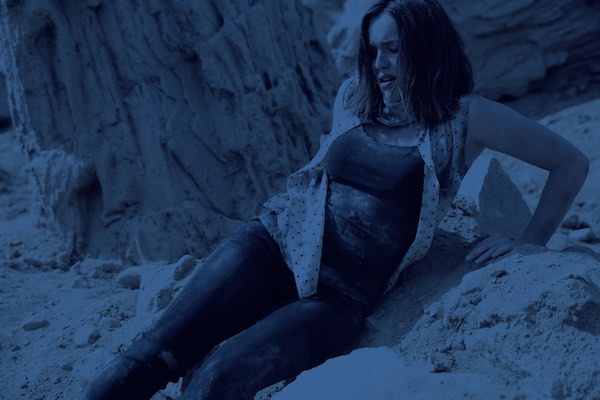 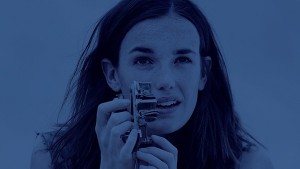 4,722 Hours is the riskiest episode Agents of SHIELD has ever done. Here you have a show where its first season was plagued with people asking “When is Iron Man going to show up?” This same show in its third season after adding in superpowers and Inhumans and a war with Hydra decided it was going to take one whole episode that was literally galaxies away from those things. This is a show where people were asking “So when are they gonna tell us what TAHITI was?” 4 episodes into the first season. That same show ended last week on a bit of a cliff hanger with May’s husband Andrew seemingly killed (still not sold on that). This week they didn’t even address that. Instead they gave us 40 minutes of us watching Elizabeth Henstridge breaking down on this sunless planet that she was transported to.

I’ve sung the praises of Iain De Caestecker for a while now. I think he was brilliant in season two and this season he’s elevated his acting even more. But in 4,722 Hours, it was his own screen partner in crime, Elizabeth Henstridge’s turn to show off her acting skills. The first 15 minutes set the tone for how the rest of this episode will go. Watching Simmons go from keeping herself calm by trying to fall back on science to her screaming “Where is the Sun?” was engaging to watch. When we find out that she’s not alone on this planet and there’s another human survivor, things just get more intense. Dillon Casey does a great job as Will Daniels. What’s so interesting about Will is, we don’t know if his story about how the others of his team died is true or not. Honestly, I’m not sure he knows himself anymore. 14 years is a long time to convince yourself that you didn’t do something horrible. 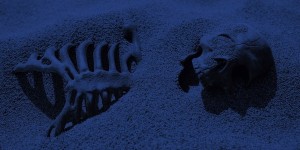 This is going to make me sound like a horrible human being but I really enjoyed watching the hope slip away from Simmons. Her phone with Fitz’s picture and the video the team sent her wishing her happy birthday (A Tardis cake? First their new retrieval device looks like a Tardis and now this. Clearly someone is a Dr. Who fan) was her connection to home. She gambled that away when she used the phone battery to find out where the portal would open next. When the bottle with her message shattered, that was when she broke. She accepted her fate of being stuck on that planet with Will for the rest of her life. Of course they grew close but I don’t think that changed her feelings for Fitz. Matter of fact, one thing this episode did was show us how much Simmons loves Fitz. We’ve known how Fitz feels but this is the first time we’ve seen how Simmons felt. She was so excited to go on that date with Fitz and it was clearly more than just because he was her best friend. It was nice seeing how far both Simmons and Fitz have gone to reunite with each other. Of course we know this can only mean that someone will die to snatch this happiness away from us. Especially after seeing Fitz’s reaction to Simmons’ story. He was clearly upset but Simmons is also the love of his life and soulmate, so of course he already solved how to get back to the planet. Fitz-Simmons is very parallel to Barry-Iris on The Flash.

Here’s how incredible this episode was: Wired has an article asking for more bottle episodes.  This is incredible because in Season 1 people would complain the minute an episode didn’t “move the plot” enough for them. Now there are articles asking for more of those exact same episodes. INCREDIBLE. Also, while we learned what happened to Simmons on the planet, we really didn’t learn anything else about the actual planet. What or who was causing the sandstorms? What was the purpose of the portal? None of these questions were answered and it didn’t matter. Hell, it was so good after watching it I almost forgot that The Flash had King Shark show up. That’s how you know 4,722 Hours was the best Agents of SHIELD episode ever. Download our full recap of the episode here (or play it from the player at the top of the page).