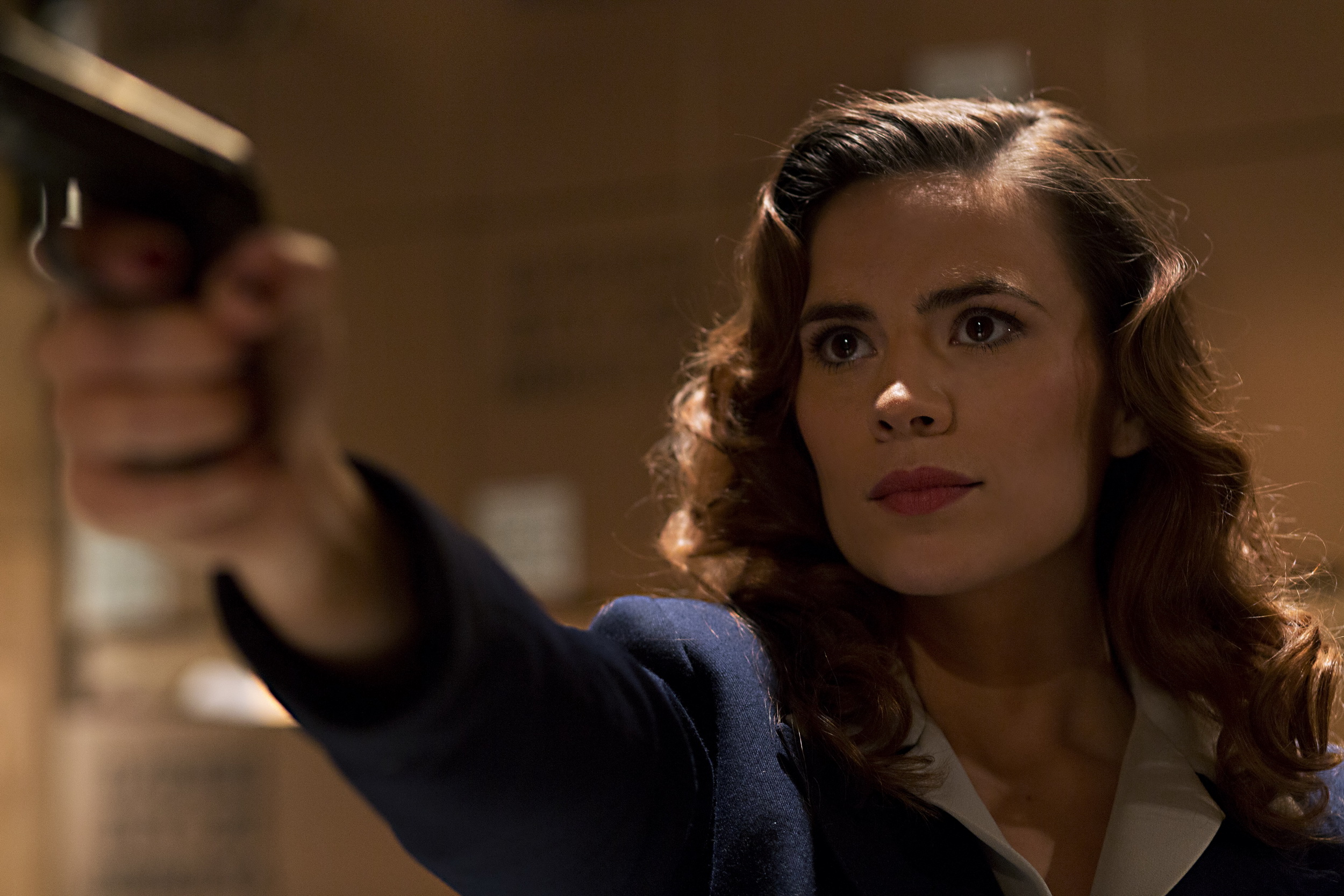 I'm very excited for Agent Carter and I'm hoping after the first season of 8 episodes we get more.  I loved the One-Shot and I think Hayley Atwell as Agent Peggy Carter is going to be pretty badass.

Years before Agent Coulson and his S.H.I.E.L.D. team swore to protect those who cannot protect themselves from threats they cannot conceive, there was Agent Peggy Carter (Hayley Atwell, Marvel's "Captain America: The First Avenger," Marvel's "Captain America: The Winter Soldier"), who pledged the same oath but lived in a different time when women weren’t recognized as being as smart or as tough as their male counterparts.

But no one should ever underestimate Peggy.

It's 1946 and peace has dealt Peggy a serious blow as she finds herself marginalized when the men return home from fighting abroad. Working for the covert SSR (Strategic Scientific Reserve), Peggy finds herself stuck doing administrative work when she would rather be back out in the field; putting her vast skills into play and taking down the bad guys. But she is also trying to navigate life as a single woman in America, in the wake of losing the love of her life, Steve Rogers – aka Captain America.

When old acquaintance Howard Stark (Dominic Cooper, Marvel's "Captain America: The First Avenger”) finds himself being framed for unleashing his deadliest weapons to anyone willing to pony up the cash, he contacts Peggy - the only person he can trust - to track down those responsible, dispose of the weapons and clear his name. He empowers his butler, Edwin Jarvis (James D'Arcy, “Master and Commander: The Far Side of the World”), to be at her beck and call when needed to help assist her as she investigates and tracks down those responsible for releasing these weapons of mass destruction. But Jarvis, who is a creature of habit and sticks to a rigid daily routine, is going to have to make some major life changes if he’s going to be able to keep up with Peggy.

If caught going on these secret missions for Stark, Peggy could be targeted as a traitor and spend the rest of her days in prison – or worse. And as she delves deeper into her investigation, she may find that those she works for are not who they seem, and she might even begin to question whether Stark is as innocent as he claims.[/quote]