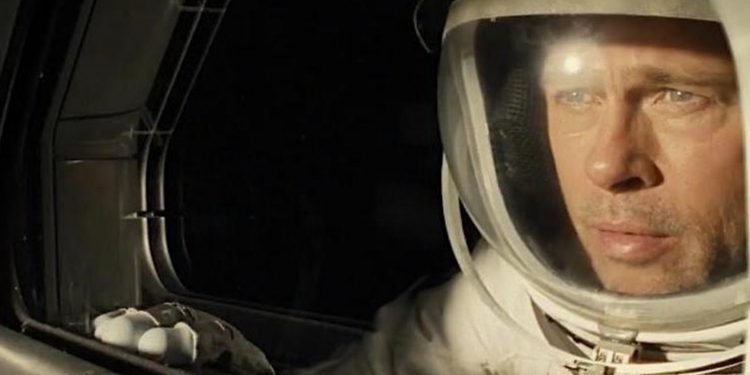 Kriss8.5
Ro9
Visually stunning with intense action scenes. And Brad Pitt reminds everyone that he's not done being a leading man in Hollywood with an outstanding performance. Oh and space baboons.
8.8
At its core, the story of Ad Astra is simple: It’s a story of about a man trying to not be his father. It’s a something that resonates with all of us. Many of us spend our lives desperately trying to escape not only the shadow of our parents but any deep-seated scars left from our upbringing. Ad Astra takes that emotional baggage and sets it in an a visually stunning, not-so-distant future in space. Astronaut Roy McBride (Brad Pitt) is sent on a mission to make contact with his father, Clifford McBride(Tommy Lee Jones), after the experiments by the doomed expedition that Clifford disappeared on 30 years ago threatened the human race. Roy' calm, collected and controlled life is upended as he’s forced to confront not only the reality that his father is alive but the complex, buried emotions he has about his father.
There is an unusually brisk pace to Ad Astra, particularly for the type of film it is. While the story is clearly focused on being a character study of Roy McBride, the visual set pieces have enough action and frequency to keep the film from becoming a slog. There’s fighting off pirates on moon rovers in space and hand-to-hand combat in zero gravity. And then there’s space baboons. Yes you read that right. Space Baboons. Without spoiling it, all anyone needs to know is that it is one of the more disturbing scenes to confront moviegoers this year. Every one of the action sequences are intense and shot in ways to pull audiences to the edge of the seats. At the same time Roy remains committed to the mission and continues to rocket towards the confrontation with not only his father but himself. 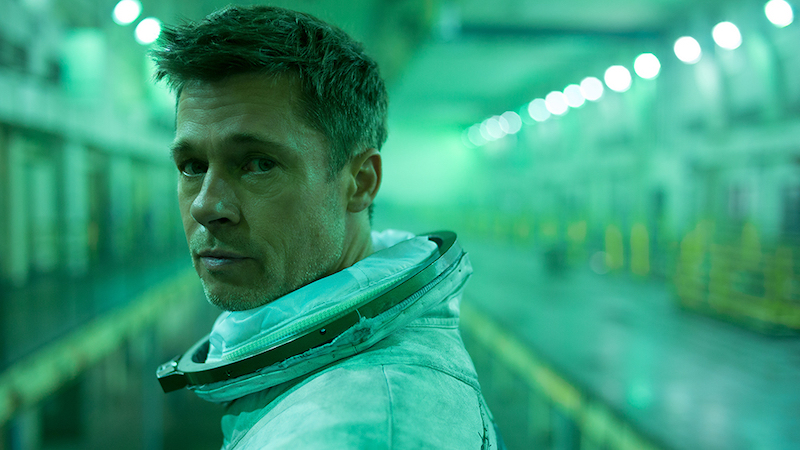 Brad Pitt is the necessary ingredient to make this film work the way it does.The last few years has seen Pitt more behind the scenes as a producer than as a leading man. But this year he’s tackled Cliff Booth in Once Upon a Time…In Hollywood and now here as Roy McBride. Once could argue these were some of Pitt's best work. Ad Astra feels like a reminder of just how good Pitt is. Pitt has always been the quintessential, ultra-masculine archetype of a Hollywood leading man. He’s almost always in control even when he’s not. As Roy McBride, Pitt once again feels like he's falling into the typical role he's comfortable with only for it all to be turned on its hard as his character slowly becomes more consumed by the emotions he's buried deep inside. There is a sense of emotional vulnerability that’s refreshing to see from Pitt. It's a nice reminder that as Pitt works behind the scenes in Hollywood, he's still more than capable of pulling off an outstanding performance in front of the camera.

Ad Astra isn’t going to be for everyone. If you’re expecting aliens to show up or even a trippy film with really heady concepts like Interstellar, you will be disappointed. However, if you want some beautiful visuals coupled with some intense action scenes and a great character study, then check out Ad Astra. Or simply, come for the space baboons and stay for the acting.
You can listen as Kriss & Ro go into more details about why they enjoyed this film. And make sure you leave a review on the Movie Trailer Reviews Podcast feed in iTunes.
Like what you hear? Subscribe so you don't miss an episode!