ABC Set to Green-light Spin-off Mockingbird Pilot After All 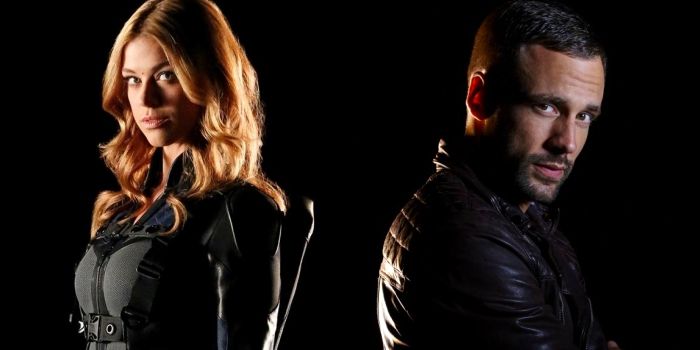 During Season Two of Agents of Shield, there was talk of a spin-off series featuring Adrianne Palicki's Bobbi Morse (Mockingbird) and Nick Blood's Lance Hunter.  It later seemed like ABC canceled the idea and instead picked up Agent Carter for a second season. Now, personally, I never thought the series was dead. I just read it as a "we're not sure yet" type of deal. Well, looks like I was right. ABC seems to be working on a deal to order a pilot for the new series: 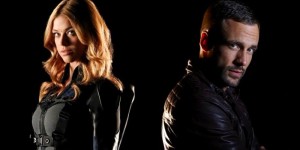 “SHIELD” producers Jeffrey Bell and Paul Zbyszewski co-created the project for Marvel and ABC Studios, co-writing the pilot. They will serve as showrunners and exec producers together with Marvel’s head of television Jeph Loeb also exec producing.

Insiders say the series is not a spinoff, per se, but rather an entirely new project solely focused on the two characters to continue their story. Though plot details are scarce at this point, “Marvel’s Most Wanted” will follow the pair and their adventures together.

At this time, ABC has not made any decisions regarding premiere date or a path of introduction, such as introducing the new show as a planted episode during “SHIELD.” 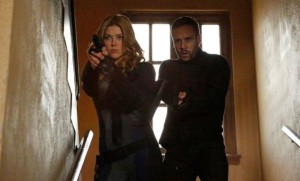 An “Agents of SHIELD” offshoot was originally reported in April, but was soonafter shot down with the network deciding not to move forward. However, during New York Upfronts this spring, ABC president Paul Lee alluded to the possibility of the series being resurrected, teasing, “It certainly is a possibility of spinning them off.”

Lee added that “SHIELD” had hit its creative strive, suggesting that the net didn’t want to mess around with a formula that was working — which includes Palicki and Blood’s storylines. “We absolutely love those characters on ‘SHIELD,'” he said, at the time.

But with “SHIELD” coming back for Season 3, in addition to “Agent Carter” returning for Season 2, there’s still a large Marvel appetite at ABC. Also in the works at the network, is a top-secret Marvel project helmed by “American Crime” creator John Ridley. SOURCE

I think this is a good idea. With the direction Agents of Shield seems to be going, when Season 3 starts up, the show should be pretty crowded. Having another show for Bobbi & Hunter relieves some of the pressure of trying to find things for characters to do. This comes on the heels of talk of this being Agent May's last season (for the record, I don't buy that) and you can see a path to spread out the cast a bit. I love what they did with the last season and I think Marvel is really hitting their stride with their shows now. With Agents of Shield openly embracing Secret Warriors and superpowers, having a show with Bobbi & Hunter that stays focused on regular SHIELD agents could be a win-win.

The real question to me though is: What is this secret John Ridley project???