A Wrinkle in Time Review: Ava Gives Us The Meg We Need 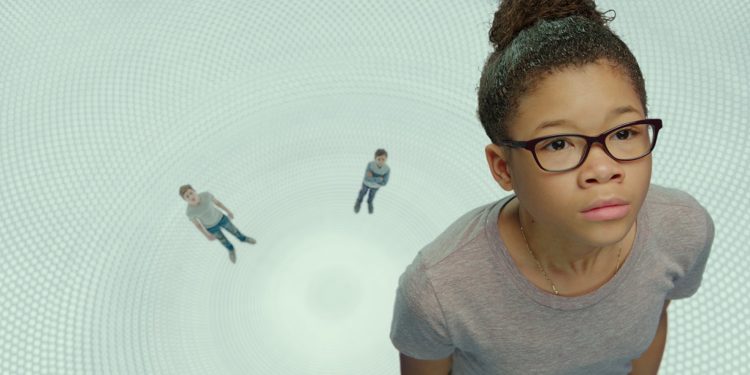 Love Is the Frequency

In 2017, one of the most powerful cinematic moments I experienced was Wonder Woman realizing that love was the fuel of her strength. It's a theme that's inherent in Diana's story. She is a god but what makes her strong is her love for the world. In Disney's A Wrinkle in Time, writer/director Ava DuVernay takes those same big themes about love and triumph and puts them in the body a young, angry, Black girl. That is powerful.

Madeline L'Engle's book has become a well-known classic. The story of a plucky girl named Meg, struggling to accept her faults and protect her little brother Charles Wallace from the taunting of neighbors who then finds herself traveling through galaxies to save her father and our world from dark forces, has long captivated young girls who love the sci-fi/fantasy genre. But if we're being honest (and of course I'm here to be honest), it's not a well-written book. I say this as someone who reads YA novels religiously. Book!Meg is frustrating and she goes from annoying to infuriating more often than I would like. To often, the book tells us that Meg is smart without showing us and furthermore, the plot itself is rather simple. That being said, A Wrinkle in Time  has always resonated with readers because of its message that everyone is deserving of love and that being yourself is what makes you powerful. DuVernay taps into that message in more ways than one.

With all the talk of inclusion riders and Black Panther breaking a billion the media has largely missed the forest for the trees. What makes Ava DuVernay a revolutionary is that she's been inclusive and on the cutting edge from the beginning. Inclusion isn't something she's adopted, it's who she is as a filmmaker. It is defiant to center this story around a biracial Black girl because it immediately highlights that that decision both doesn't alter the core of the story and at the same time, turns the entire story on its head. Meg, played brilliantly by Storm Reid, is angry and justifiably so. She is also depressed, and suspicious and afraid and deeply insecure. All of this makes her story universal (we've all been there, right?) but putting that story in the body of a mixed race Black girl also makes that experience specific. Of course, a highly intelligent, mixed girl with a White father (Chris Pine) who seemingly left her Black mother (Gugu Mbatha-Raw) for no reason, would face the world with anger and suspicion. And though the movie never discusses race explicitly, by visually placing it in that context, DuVernay taps into something deeper.

On the flip side, what the movie does state explicitly, is that Meg's faults are strengths. The anger and the suspicion are her armor on Camazotz as she fights to find her father. The deep love that she has for her adopted brother, Charles Wallace (Deric McCabe), is what turns the tide in the battle. DuVernay takes all of the themes from L'Engle's book and gives them depth and motivation and most of all power. Even having Calvin, played by the adorable Levi Miller, be utterly lovestruck with  Meg from his first moment onscreen made my heart clench. To paraphrase Mrs. Which, there are so many events and moments that had to happen to lead to the creation of you. How could you not believe that you are special? It is that knowledge and that love for others and of herself that makes Meg a warrior.

What if we are part of something truly divine?

I'm not too proud to admit that I cried in this film ... more than once. They were joyful tears. The Meg I saw on that screen was the Meg I grew up reading and so much more. Like Meg Murray, I have a deep love for my brother and many faults. And now as an adult what I saw as faults, I kno to be my gifts. I wish I had had this Meg at 11 or 12 years old but no matter your age, the message of A Wrinkle in Time is ageless. You matter. You are special. You are a part of something bigger than yourself. And you are worthy of love.