A Tale of Two Cities: The State of Democrats and Republicans Heading Into the General Election 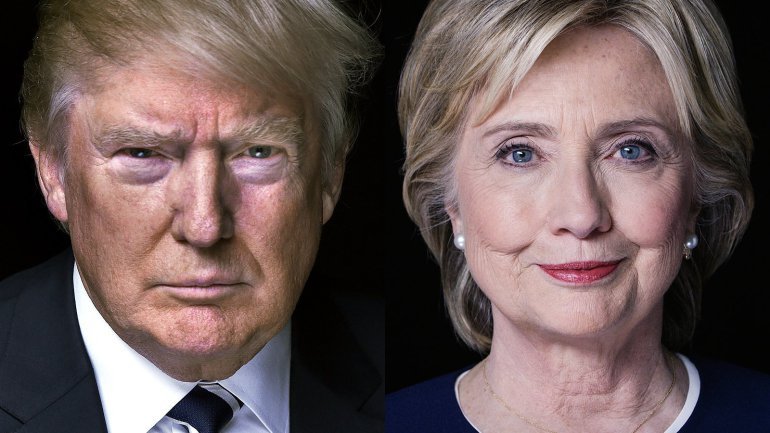 The Democratic and Republican primaries have been a long, strange, wild ride. Through twists and turns, failures and accomplishments, this primary season has been nothing short of amazing. The dust has now settled and we are left with two parties and two nominees for President of the United States: former First Lady, New York Senator and Secretary of State Hillary Clinton and Businessman and white supremacy’s new avatar Donald Trump. Heading into the General Election, the two campaigns, and the two parties, couldn’t be in more different places.

The Democratic Party and its nominee are riding a high heading into the General Election. Having run for the party’s nomination in 2008, and only losing due to running into the political buzzsaw that was Barack Obama, Hillary Clinton started her campaign over a year ago as the presumptive nominee in many people’s minds. She put together a campaign that drew from her past experiences and worked to mitigate the failures of the 2008 campaign. Chief among those failures was the lack of successful outreach to the black community.

The base of the Democratic Party is the black community, the demographic most active in Presidential elections is the black community. No Democrat, especially Clinton, could become the Democratic nominee (let alone win the White House) without the support of the black community. As a fix, Clinton put together a diverse campaign team to help cover the blind spots she naturally has regarding issues affecting the black community. The additions of Maya Harris, the former director of the ACLU of Northern California’s Racial Justice Project, as a senior policy advisor and LaDavia Drane, former Executive Director of the Congressional Black Caucus, as African American Outreach Director added the experience and expertise necessary to address the issues facing the black community and win support in states with large black populations. Rather than just assume she’d be the nominee and not court the base (as she did in 2008) Hillary put in the work necessary to earn the black votes that would eventually put her over the top. This attention to the base swept Clinton to victory in 33 states, including big wins in important states such as Ohio, Arizona, Florida, Nevada, North Carolina and Virginia, all of which will be important battleground states in the general election.

From delivering a speech on race where she called out white people for their continuance of outdated ideas about people of color, reluctance to address the issues plaguing the black community and her own party for their lack of engagement with marginalized communities outside of Presidential election cycles, to pandering (as good politicians do) to gain the votes of the base, to becoming the first Presidential candidate to visit a public housing complex, Hillary Clinton masterfully worked an electorate to her favor and made history by becoming the first woman nominated by a majority party to be their nominee for President.

The Democratic party, despite the challenges of Bernie Sanders, is largely united behind Hillary Clinton. The DNC remains largely unchanged from the 50 state strategy employed while Howard Dean was the party chair. Hillary for America, having learned from and employing many of the individuals involved in Obama for America, has decided to reply upon a person to person traditional field strategy to win the primary and will most likely continue this into the general election. The DNC is, for the third time in three years, able to position themselves as the party of progress, the party that makes history and breaks down barriers. Hillary is also in a great position. In running against a Republican nominee that is overtly racists and sexist, she has the ability to contrast herself against him without having to move to the center to appeal to moderates. As Trump continues to spew vitriol, those moderates will move towards Hillary.

For decades the Republican party employed a racist and sexist communication plan. One that played close to the fire, but never actually touched it. They used code to describe the “inner city” (the black community), they were “worried about the rights of unborn children”, because they didn’t believe that women should be able to choose what to do with their bodies. They were racist, but never overtly so. They were sexist, but never overtly so. To do that, they believed, was to open themselves up to an electorate that would view them harshly and worse, not elect them to offices of prominence.

Trump decided not to play that game. Rather than using code words to describe how “those people” coming over from Mexico were hurting America, Trump decided to be overt. Trump declared that Mexico isn’t “sending their best” rather those coming to America from Mexico are “bringing Drugs. They’re bringing crime. They’re rapists”. Trump announced that, if elected President, he would build a wall on the border of Mexico and America and that he would make “the Mexicans pay for it” (although former Mexican President Vicente Fox had some choice words about that). Trump’s vitriol wasn’t saved just for Latino’s though. Following the shooting in San Bernardino, Trump called for a “complete and total shutdown” on Muslims entering the country if he was President.

He didn’t play by the rules, and the base of the Republican party loved it. Trump’s playing to the base of the Republican party, foaming at the mouth with racism after eight years of a successful Obama Administration, was exactly what was needed to catapult a man with no previous political experience to the General election as a candidate of a major party. Trump understood that the base of the party was ready to not just give the White House back to a Republican, but they’re ready to restore what they believe is the natural order and return the White House to a white man.

All of this to say that the Republican party finds themselves in quite a bind. With a nominee that doesn’t follow code and rather just spews racist and sexist comments whenever he wants, you’ll find yourself having to explain your acceptable levels of white supremacy and misogyny often. Just this week Trump’s comments on the Judge presiding over his Trump University case being “a Mexican” and how that causes him to treat Trump “unfairly” have caused a ruckus. Speaker of the House Paul Ryan had to come out and say that Trump’s comments were “the textbook definition of a racist comment”. Statements like that though, are as far as Republicans can go. What Ryan could not (and did not) do, is pull his support from Trump. In fact only one Republican to this point, has pulled their support for Trump as the nominee, Illinois Senator Mark Kirk. Trump is the monster created by the GOP’s decades long war against marginalized communities. To denounce Trump would be to denounce the very base that they’ve been feeding this rhetoric to for so long. To denounce Trump would be to forfeit a shot at the White House and pave the way for at least four years of President Hillary Clinton and to alienate the very people that vote Republicans into office. So now Republicans are left debating how they don’t think Trump’s comments were that racist. They’re left defending a candidate who played fast and loose with David Duke and the KKK. As I said, they’re in a bind.

This general election should be among the most divisive in recent memory. Trump will not be shy when it comes to inserting racist and sexist language into the conversation to bring more white supremacists to his side. We’ll see some Bernie supporters deciding to sit out the election stating that under no circumstances can they support or vote for Hillary. Hillary will be courting the Obama coalition that helped him get elected President twice, both times with over 50% of the popular vote and over 330 electoral votes, in hopes that she can ride that wave into the White House. This is ultimately a struggle for the future of this country. Will we ‘Make America Great Again’ and continue to allow white supremacy to control this country, or will we move forward with the progress we’ve made. We’ll see in the general election.