On the 6th Day of Christmas: 6 Books for Your Kindle! 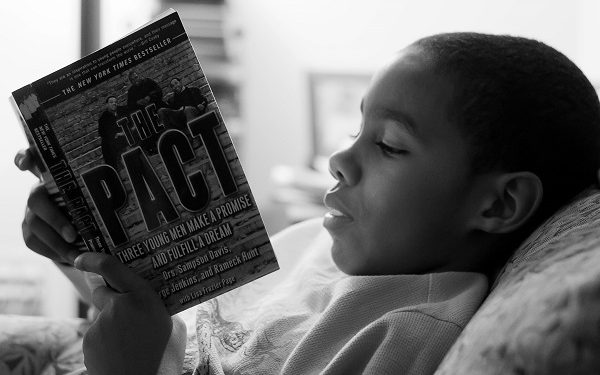 It's no secret that while I love comic properties, comic books do not take up the bulk of my reading.  Indeed, I am still on volume 14 of The Walking Dead series!  However, there are some great novels I think will pique your interest if you are looking for a little something different for your holiday reading list.  These are also great reads for a variety of ages (okay-13 and up).

You can get all of these books on Amazon by clicking the link in the title or going to our MTR Network Amazon Influencer Page. 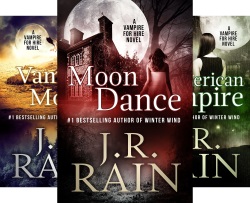 Samantha Moon starts off as an ordinary housewife and mother.  An incident leaves her a vampire and divorced.  What is a newly turned vampire to do?  Become a private investigator by night of course!  The books are short but interesting, especially when a werewolf when an uncertain connection to Moon comes into play. 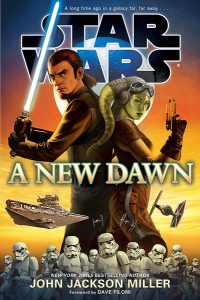 One of the many novelizations in the new Star Wars canon, A New Dawn follows the journey of Kanan Jarrus as he tries to live a low-key life and avoid detection by the Empire.  A chance encounter with Hera Syndulla pulls him out of hiding and places him in the midst of a rebellion he had not anticipated being a part of.  Taking place before the events of season 1 of Star Wars Rebels, the novel, along with the companion Ahsoka piece, explores the impact and aftermath of Order 66 on Jedi faces we are familiar with.

The Passage Series by Justin Cronin 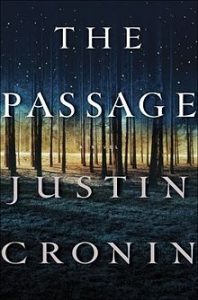 This series feels ripped from a near future headline.  The government uses death row inmates to run a viral experiment that comes back to bite us all in the ass.  In effect, it creates a new vampiric like race that not even nuclear bombs can eradicate.  Given the mistreatment that goes on in our prisons and the unjust criminal justice system that railroads people of color into the pipeline, this series feels part science fiction, part documentary.  It is currently in the process of being adapted for television.

A Reason to Believe: Lessons from an Improbable Life by Deval Patrick 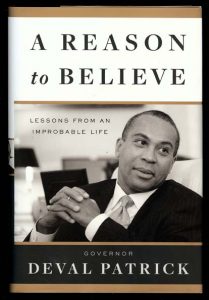 A memoir from the first Black governor of Massachussets, Patrick discusses his educational challenges, his journey to the office, being a support system for his wife who was struggling with depression, and his travel abroad.  It is a quick and inspiring read from someone styled after the "Hope" approach to politics ushered in by President Obama.

The Unlikely Disciple: A Sinner's Semester at America's Holiest University by Kevin Roose 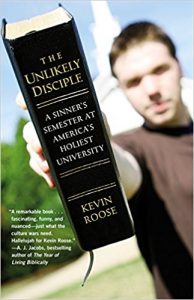 This book is 8 years old and yet given our current climate, it is a timely look at the environments that create evangelical Trump supporters.  Roose left Brown University, a liberal arts college that was at the forefront of creating an inclusive environment for LGBT individuals on campus, to spend time at Liberty University, a fundamentalist evangelical school.  The inadvertent changes in his personality and behavior as observed by his family mirror much of what we see in the media among right wing conservatives.  What is more frightening is that he didn't even realize some of the changes were taking place until family pointed it out to him.  Another quick read from the belly of the beast.

The Black Girl Next Door by Jennifer Baszile 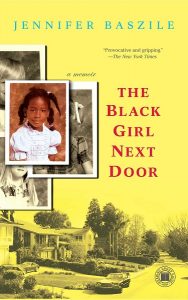 Another memoir, this one follows the life of a young Black woman as she reflects on her experiences with integration in California in the late 70s and early 80s.  From the typical racist statements about the natural athletic ability of Black people to the challenges of living in a nuclear family as it dissolves and coming into one's womanhood in an environment that reinforces a White European beauty standard, Jennifer talks about how integration isn't all it is cracked up to be and what those pressures can do to a child.  It also continues to affirm what many of us know: there is no safe state in America that one can go to in order to escape racism and prejudice.

All of the books are available in hardback or Kindle format through our Amazon store.  Click on the links for more details and I hope you enjoy reading them as much as I did!