4 Things To Look For At The DNC

The Republicans had a cluster-fuck of a convention last week, and this upcoming week, it’s the Democratic Party’s turn to take center stage. The Democratic National Convention starts on Monday. The event will crown Hillary Clinton as the first female Presidential candidate of any major political party in US history, and what we see this week in Philadelphia should act as a good foil to what we saw last week in Cleveland. Here are four things to look for at the DNC: 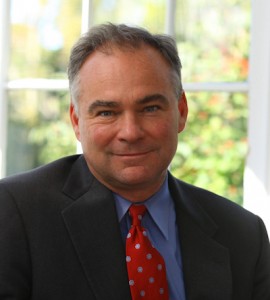 I recently wrote about three politicians that the Clinton campaign should consider as Vice Presidential picks, but won’t. While it’s great to think of the politicians that would truly excite the base and prove a commitment to marginalized communities, the campaign announced on Friday evening that they had chosen Senator Tim Kaine of Virginia to be Hillary’s running mate.

Kaine is an uninspiring, safe pick. As the former Governor of Virginia, Chair of the Democratic National Committee and current junior Senator from the Commonwealth, Kaine has a myriad of political experience. Kaine is a hot commodity, considered a rising star in Democratic political circles. As a Senator he’s earned a 100% rating from Planned Parenthood, has the support of NARAL, voted with his Party over 90% of the time, and was the first Senator to ever give a speech from the floor entirely in Spanish. He’s a safe, no-drama pick. He’s a pick that allows others on the short list, most notably Elizabeth Warren, to continue to use their positions to advocate for the ticket and Democratic values, while also continuing to advance their political careers.

Once believed to be the odds on favorite to join President Obama’s Presidential ticket in 2008, Clinton picked Kaine in hopes of cutting ever so slightly into Trump’s historic advantage with white men and forcing him to use some of his dwindling funds to hang on to that lead.

Bernie Sanders Appealing To His Supporters 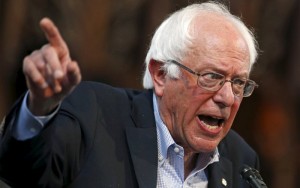 After running a white-exclusive strategy (under the guise of expanding the Democratic Party) in the primary that lost him a chance at the Democratic nomination, Senator Bernie Sanders has dropped his plan to win a contested convention and will have a prime-time speech on Monday night.

The runner-up to the Democratic nomination, Sanders has already endorsed Hillary Clinton, so we won’t see a repeat of Ted Cruz refusing to endorse Donald Trump at the DNC. What we can expect to see is more of the same issues that Bernie has spoken about for the last year (campaign finance reform, breaking up the banks, universal healthcare) and another appeal to his supporters to vote for Clinton in November.

It remains to be seen how effective his appeal will be with some of his supporters already turning against him and declaring that they will never vote for Hillary Clinton. Speaking of those supporters...
Bernie or Bust protesters doing...something

Bernie or Bust protesters are already in Philadelphia. They’re in the streets protesting the DNC and hoping to force Bernie into the slot as the Democratic nominee for President at the Convention...or something.

Seeing as how Bernie has already endorsed Hillary and how Bernie becoming the nominee after losing the popular vote and super-delegates in the primary would be extremely anti-democratic, it’s hard to understand just what it is that they’re trying to make happen at the DNC. Are they just blowing off steam? Are they looking to change the system? The message these protesters are trying to convey is completely incoherent at this point.

There will be concessions thrown to the Bernie delegations in hopes of securing party unity going into the General Election.They’ve already scored what they will see as a win in Debbie Wasserman-Schultz stepping down as DNC Chair about three months earlier than she most likely would have. Further wins can be found in the Democratic platform ridding themselves of some super-delegates and adopting a $15 an hour minimum wage proposal into the platform. But in reality, the Democratic party will remain largely unchanged from what Bernie or Bust supporters want, due to their relatively small numbers.

No doubt these Bernie or Bust-ers are feeling jilted due to the Wiki-Leaks leak of DNC emails showing that members of the DNC wanted to (but no evidence exists that they did) place obstacles in the way of Bernie’s slim primary chance. It remains to be seen just what it is that these protesters want, if they actually know what they want, or if they understand the system well enough to force what they want, and what lengths they will go to.

Democrats positioning themselves as the party of progress 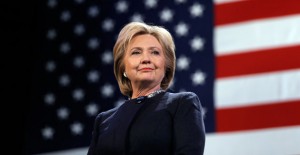 The DNC should be able to stand in stark contrast to the RNC in terms of diversity and progress. Beyond just Hillary, the stage will see the likes of First Lady Michelle Obama, DREAMer Astrid Silva, Mothers of The Movement, President Barack Obama, Former President Bill Clinton, Vice President Joe Biden, Senator Elizabeth Warren, Senator Cory Booker, U.S. Rep Joaquin Castro, Atlanta Mayor Kasim Reed, and Senate Minority Leader Harry Reid among others. In contrast to the RNC last week, the DNC will look more like a political convention than an 80s star reunion on Jimmy Fallon’s show.

The DNC will go a long way towards presenting the Democratic party as the serious political party, and just in time. After the convention is over, it’s full speed ahead to the General Election.