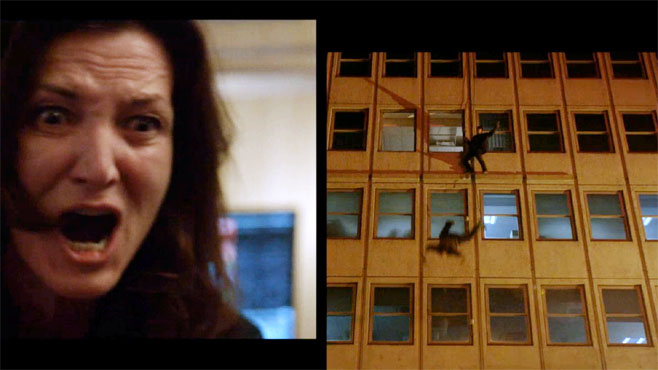 I told you that last week’s episode was just to set up for something bigger. This episode reminded us that Jack Bauer is the greatest impossible white man of all time. Last week had some filler in it but I just knew it was setting up for more intensity this week. The shortened season has been a blessing and a curse. It’s been nice to skip most of the unnecessary filler and side plots but then episodes like this last one happen and you start to wish it stretched out a little bit longer.

So I called the data feed change last week. They tried to mask it last episode when Chloe mentioned not knowing what the other data feeds did. But I knew something was up. Although, it would have been interesting to see how different this episode would have been if President Heller actually was blown up. Mark getting Jack into the hands of the Russians would then be pretty easy. Also, while it doesn’t bother me, the fact that Jack went from being one of the most wanted fugitives/terrorist to basically having complete control over CIA assets while in another country is a bit over-the-top and stretches the imagination even for 24. But again…9 seasons in, this is how it goes.

“Mr. President get in the car and let me do what I know how to do”

“I’m not an American citizen and this isn’t America”

Mark is back to feeling insecure. With the President still alive, he’s still on the hook to the Russians for forging that signature. Jack Bauer’s a fucking hero again so no way he can just hand Jack over. Then, Mark heard that “thank you” Audrey gave Jack Bauer when he revealed he saved President Heller. That’s not your girl Mark. She’s gone. I’m also wonder if Heller’s mental health is going to play a major factor in the last 3 episodes. His symptoms are brought on by stress. What could possibly be more stressful for him than the events of the last two episodes? I really think Season 10 has to carry on the next 12 hours because I just feel like all the issues and possible plot points won’t be addressed by the end of this season.

“The only death on my head today is yours”

The scene at the apartment was intense and just another one of those reasons why we love watching 24. First off, it was good to see Eric back in action, particularly with Kate. I think Eric is starting to respect Kate more and when it comes out that Navarro is the mole, Eric is going to see how easy it is to be fooled by someone close. I really want Kate & Eric to be the new Jack & Curtis (Minus the whole Jack shooting Curtis in the neck part).   I thought Jordan could be Kate’s Chloe but…well that dummy….I’ll get to that later. Anyway, this is another one of those signature 24 scenes where, if after 9 seasons you still have a problem with the “We have 10 minutes to do this or a lot of people are going to die” scenes, I have to ask why you’re even bothering to watch 24. Jack cemented his legacy as greatest Impossible White Man of all time but taking a page out of John McClane’s book and tying some cable around his waist and jumping off the side of a building. Granted, John used a fire hose and Jack rappelled down…but either way, it was still some throwback impossible white man shit. Then he tosses not 1 but 2 Al Haraz’s out the window. Not only was it some cold hearted shit, but it was so unnecessary. Ian, I understand. Ian had a gun and was an immediate threat. But Margot? Jack shot her, could have had her taken in….but instead he grabs her and tosses her out the window like he was a woman throwing a cheating spouse’s shit out. Easily one of the Top 5 Greatest Jack Bauer moments. And Margot had to go. She really turned into Captain Ahab. Ian was trying to get the fuck outta there and Margot drew a gun on him. On her own son. First she has her daughter’s fingers cut off, then she has her son-in-law killed then she asks her daughter to kill her sister-in-law & niece (JUST IN CASE), then tries to kill her daughter with a drone attack and then she draws down on her own son for having the audacity to think they should try to leave and not face Jack Bauer’s wrath. Talk about Hell hath no fury like a woman scorned. Jack had to throw Margot out the window. Had to.

The last half of this episode pretty much starts working on the next big plot issue: Navarro and Adrian Cross. First off, I’m disappointed in Jordan. I thought for sure he would make it with just a bullet wound and a small knife wound. But apparently he died from his injuries. This is one of those things that has always been a small pet peeve of mine with 24. I know the Assassin stabbed Jordan but it really didn’t seem to be as life threatening as it turned out. Jack gets stabbed like that at least twice a season. Not the same show but Agent May took an even bigger blade in Agents of SHIELD. I know I know “Jordan was stabbed in the heart” but, it just didn’t look that way to be honest. I didn’t even think the knife was big enough to be more than a flesh wound but I’ll have to rewatch. For a while during the episode I was holding out hope that Jordan was faking it because he didn’t know who to trust but, nah….he’s really dead. Again, this is why you never check the safety on the gun when the person you’re pointing it at says “are you sure the Safety is off?” Sorry Jordan but you’re just too stupid to be running COMS for Kate Morgan.

I like this new information that the override device can be used for more than just drones. It raises the stakes and the threat of the device. And now Adrian wants his hands on the device. Once again I’m reminded about how much I didn’t like this guy when he first showed up. I’m also no curious as to how Navarro and Cross became affiliated. It seems to me that Cross is more of a weasel than I originally thought and might actually be worse than Margot. Navarro seems like the kind of snake that is only in it for the money. Not going lie, the panic on Navarro’s face when Jack told him he had a guy who could unlike the assassin’s fingerprint file was just perfect. Navarro was standing there panicking like

Another solid episode of 24 Live Another Day. They’re blazing through this season at breakneck speeds and while it does become noticeable, it’s nothing too bad. I really do hope we get more information on Jack’s Serbian friend Belcheck. He just seems to appear, do what Jack asks, and then disappears from the rest of the episode. At no point has he even really questioned Jack. That’s some insane loyalty right there and while they did sort of hint at it, it would be nice to know more. But outside of that, I enjoyed this episode.  Not happy with Chloe going back to Adrian Cross. I know folks are going think this is blasphemy but Jack might have to put a bullet in Chloe.  She's still not understanding the kind of people she's running with and Jack might have to just do what he does best.  We'll see.