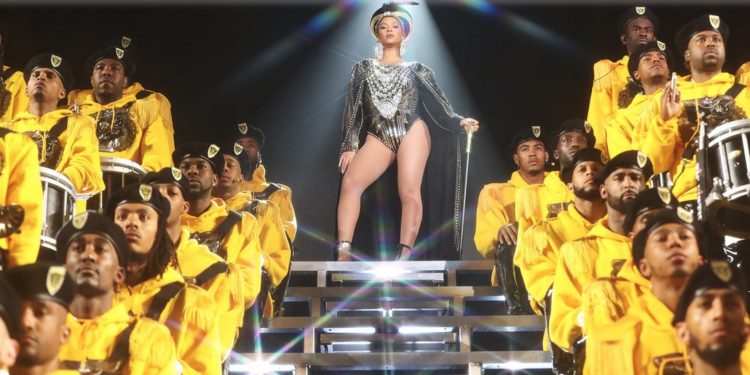 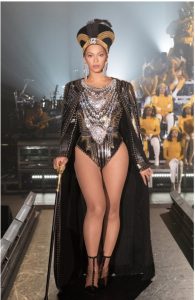 We’ve been screaming BLACK HISTOREEEEEEEEE! since Beyoncé’s iconic performance/Black Panther Party homage at the 2016 Super Bowl and now here we are in 2018 which so far has been a banner year of Black people showing up and showing out on that ass. With last night’s Coachella performance Beyonce became another highlight of this bait and switch year of Black excellence.

Black Panther was the first to snatch our wigs and throw them back at us. No one (besides racists) was expecting the Marvel movie to fail but we also weren’t expecting Ryan Coogler to take a popcorn superhero movie and give us a treatise on the relationship between African-Americans and continental Africans wrapped up in stunning visuals of an African country untouched by colonization. Coogler was the first to spectacularly secure the bag and Black Panther continues to break records as its sales climb two months after the film’s release. At one point, in a major superhero movie a protagonist refers to white people as colonizers and later a white man is forced to shut up because he does not have the authority to speak in front of the Black royalty assembled. Marvel paid Ryan Coogler good money to put that onscreen and then the world paid to see it. Insert Weebay gif here.

Then, a few weeks later, Donald Glover debuted the second season of Atlanta on FX because he decided Black History Month wasn’t going to end in February this year. Each episode of Glover’s show has been met with outstanding critical acclaim. But for Black people, Atlanta is what you get when a Black creator is dedicated to portraying Black culture without giving any credence to the white gaze. Episodes like “Barbershop” tell non-Black people, you are invited to look in on my world but your opinions, your questions and your judgements are unnecessary and unwelcome. And guess what? It sells. 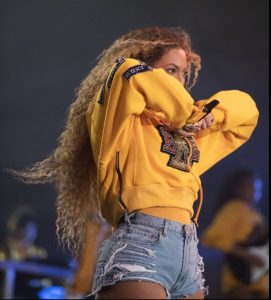 Now let’s talk about what Beyoncé sold to us. Last year, Beyoncé was slotted to perform at Coachella but due to her pregnancy she cancelled her performance. Coachella is an event mainly known for the rich, white people who come to the desert in appropriative clothes masquerading as “festival wear” to listen to music. Its owner has been called out for being an anti-gay, anti-abortion, Republican supporter. Basically, Coachella is problematic. Well, this year Beyoncé turned all that on its head when she came to perform at Coachella with an hour and forty-five-minute set spanning her entire discography. A set which paid tribute to the enduring spirit of African-Americans from the Divine 9 to HBCUs to stepping to marching bands and second line culture and she GAVE IT TO US FOR FREE!

“Ain’t that bout a bitch?” Those are the exact words Beyoncé uttered after pointing out that she is the first Black woman to headline the show in its 19-year history. So, what did Bey do after securing the top spot? She showed up and showed all the way out! After opening dressed as a bandleader crossed with an Egyptian queen, dance line in tow, she appeared in a BDK (Beyta Delta Kappa or Beyonce Delta Knowles) branded sweatshirt harkening to Black Greek Letter Organizations (BGLOs). Regally standing at the top of a set of pyramid shaped bleachers with an entire marching band and drumline below her, Beyoncé recreated a half-time show at an HBCU and turned it up to million. The musical arrangements wove Bey’s hits with southern, Black college staples like Juvenile’s “Back That Ass Up” and “Swag Surfin’”. And in case you thought Beyoncé didn’t know her HBCU or BGLO history, she gave you a probate line complete with “bugaboos” (represented here by her male dancers) and a step show to boot.

And because Beyoncé is Black af and doesn’t care about your white ass opinions, she took a moment to sing “Lift Ev’ry Voice And Sing”, also known as the Black National Anthem, and gave you a Nina Simone interlude during “Drunk In Love”. It’s not your fave could never. Your fave can’t. Period. Beyoncé got onstage for nearly two hours, showed the entire world the depths of African-American culture and signaled to Black people that this was for us and not for the thousands of people actually at the event. This is the power of the bait and switch. Beyoncé secured the top spot, packed the house and then said this isn’t for you. You can watch, you can enjoy, but this isn’t for you and your opinions are neither wanted nor welcome. (Looking at you Walmart Batman).

It is 2018 and Black people are still having “firsts” because of how white supremacy has locked us out of spaces due to fear of our excellence. And I get it because when we show up, we show out so you should be afraid because we’re always going to outshine you. But until you recognize our greatness we’re going to continue to slide in the door and let our people know that we belong here. We’ll take your Marvel money and your Coachella money and make this art for us because we love us for real.