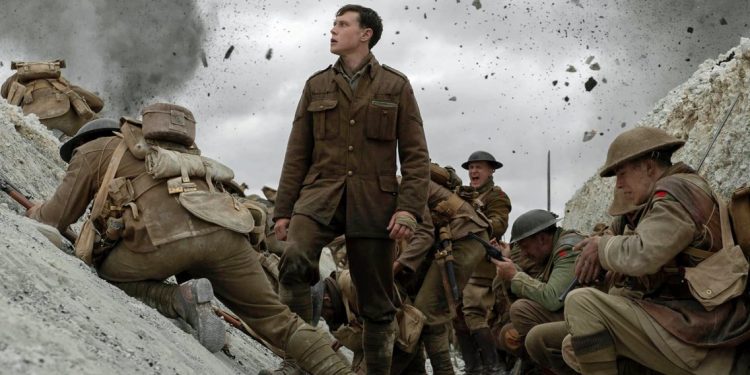 On its own, 1917 is a solid war film. Add in the cinematography and what you have is a film that really engrosses the audience in just how intense warfare can be. Overuse of the "one-shot" long shots in films can be more gimmick than enhancement of the film experience but in 1917, it elevates the storytelling.

There have been comparisons between 1917 and Saving Private Ryan and while Saving Private Ryan is the better overall film, 1917 is no slouch. There aren't many films that can top the opening sequence of Saving Private Ryan. But with 1917, the cinematography and long shots add a level of intensity to the scenes. From following two soldiers carefully slog through a muddy trench filled with rotten corpses to a gorgeously shot night time scene light by background fires and hails of bullets. By the end of the film you'll find yourself almost as exhausted as the protagonist.

1917 doesn’t have the cast and interactions that other war films have but that’s by design. Most of the film follows a single character (Andrew Scott’s Lieutenant Leslie) and is more about survival than the band-of-brothers feel you get from most films like this. It’s cliche to say but 1917 is definitely more about the experience than anything else.

That said, Sam Mendes does a great job setting the tone for that experience (with the help of Roger Deakins’ cinematography).