The Doctor6.5
Hiroja7.7
The acting in general has been very good this season with everyone bringing their A game to the show but it doesn't make up for the lack of consistency with the writing and rules established
7.1

Hiroja and the Doctor continue their review of Season 3 of 12 Monkeys with the next 6 episodes: 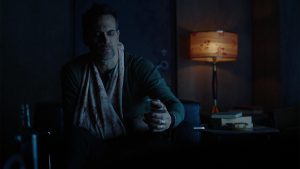 The heist portion of Nature was the highlight of these 6 episodes. Once again Jennifer Goines uplifts the show and the season in general. Causality with Christopher Lloyd is the creepiest episode due to a very Children of The Corn vibe throughout. Todd Stashwick (Deacon) is also a standout acting-wise. The acting in general has been very good this season with everyone bringing their A game to the show.

The biggest problem with the show is the lazy writing and changing the rules as they go along. That becomes very apparent in this series of episodes. This shift in writing is dragging the entire season down and is losing all of the good will the show built up with the audience previously. We don't like that Cassie and Cole are keeping the secret of The Witness from the group since it causes more unnecessary problems.

Ramsey Death seems really convenient and the lack of effort on Cole's part to not try to save his " Brother " again speaks to the change in quality writing on the show.

Listen to the whole episode to get our full review.

Sponsors:
Sign up for Loot Crate through our affiliate link!

Shop at the MTR Network Store for cool gear!

Host of the defunct Musings Of A Shibe Podcast: A Dogecoin Show a podcast that cover the Cryptocurrency Dogecoin and the technology show. Currently Hiroja is hosting soon to be launch two new Shows Fsociety IRC: A Mr.Robot Show a review show of the series of the USA Network Hacking Show Mr. Robot and HiroJa's Thought Bubble a Podcast show covering the random thoughts that pop up in my head during the day. Overall she's a techno nerd looking to help make a brighter future for everyone.